Our energy solution experts will help you analyze how to maximize savings and increase business profitability. 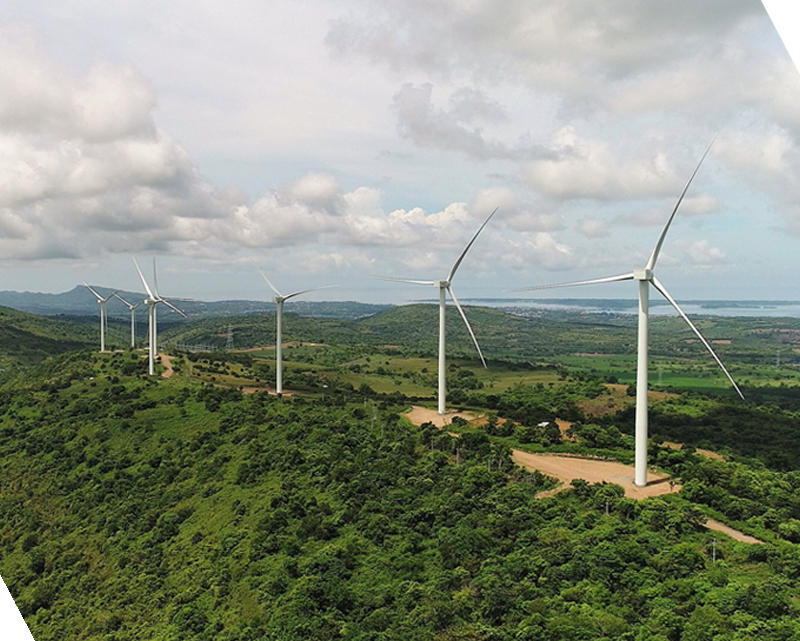 12 September 2018 | Manila, Philippines – AC Energy, Ayala Corporation’s energy holding company, continues to expand its footprint in the region as partnerships and growth opportunities arise. Having announced their latest goal of exceeding 5 GW in attributable capacity by 2025, the company is looking to significantly scale its renewable energy portfolio in the next few years. The aim is to achieve a balanced energy mix, with a 50/50 split between thermal and renewable energy.

Coming from a modest entry of only 80MW in attributable capacity in 2011, AC Energy grew their portfolio twenty-fold in the last seven years. This robust growth, according to AC Energy President Eric Francia, is due largely to the strategic partnerships formed with developers and operating companies.  “It’s in our DNA to work with partners. That’s how we grew at a rapid pace in the first seven years; we look for complementarities.” Ayala Corporation President Fernando Zobel de Ayala echoes this sentiment, reiterating that partnerships have always been at the core of Ayala’s success, “Our partnerships are crucial in ensuring we execute effectively and are able to fast-track our projects.”

Part of this growth trajectory was AC Energy’s transition from an investment holding company to a full-fledged energy platform with development, operation, and retail capabilities. In early 2017, the company acquired Bronzeoak Philippines’ development platform. The platform has a strong track record in renewables and provides operations and management support services to several renewable energy plants.

With their current energy mix at around 1.3GW in thermal energy and 300MW in renewable, Francia emphasizes the urgent need to scale up the company’s renewables if they are to exceed their 2025 goal. “We’re going to need to scale up our renewables investments over 15 times,” says Francia. “While we see opportunities in the Philippines, we think that a lot of that incremental growth in renewables will have to come through international expansion.”

As countries around the region begin to adopt more favorable policies towards renewable energy, AC Energy has identified the Philippines, Indonesia, and Vietnam as the key markets in their regional expansion strategy.

In 2017, the company experienced early success with their first overseas investment projects in Indonesia, which established the groundwork for their regional presence. Salak and Darajat Geothermal, part of the company’s acquisition of Chevron Indonesia’s assets, accounts for a combined capacity of 637 MW. Meanwhile, the 75-MW Sidrap Wind Project, in partnership with UPC Renewables, went online in March. Sidrap Wind is the first offshore greenfield project of AC Energy as well as Indonesia’s first wind farm.

In January, AC Energy and the BIM Group of Vietnam committed to jointly develop over 300 MW in solar energy. That same month, they broke ground on the 30-MW initial phase of the project in Ninh Thuan province. By August, the partnership signed EPC and financing documents to increase the solar farm in size from 30 MWp to 280 MWp. Once completed, the solar farm will become the largest in Southeast Asia andis expected to commence operations in time for the June 2019 solar feed-in tariff deadline. It is estimated to cost around USD 237M, which will be financed by debt and equity. AC Energy will participate with a 30% voting stake and approximately 50% economic share.

The BIM solar plant in Ninh Thuan province, Vietnam
is currently under construction and is expected to begin operations in July 2019.

AC Energy has also entered the Australian renewables market through a joint venture with international RE developer, UPC Renewables. AC Energy is investing USD 30M for a 50% ownership in UPC’s Australian business and is also providing a USD 200M facility to fund project equity.

“We are excited to scale up our development initiatives in the region through partnerships with the BIM Group and UPC Renewables,” says Francia. “This complements AC Energy’s goal to exceed 5,000 MW by 2025. We expect to build on this momentum and add more projects in the future.”